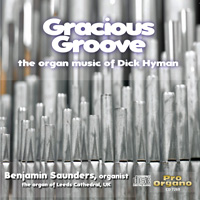 Richard “Dick” Hyman (b., 1927) is an American jazz legend best known for his versatility with jazz piano styles. Over a 60-year career, he has functioned as a pianist, organist, arranger, music director, and, increasingly, as a composer. Dick Hyman has well over 100 albums to his credit. Benjamin Saunders has worked with Dick Hyman in the Edinburgh International Jazz Festival and here makes the first recording of Mr Hyman’s complete organ works.

“I have now played the album numerous times and am absolutely delighted by it! Mr. Saunders’ performance was excellent and I’m proud to have these pieces in your new album. Thank you so much!” Dick Hyman 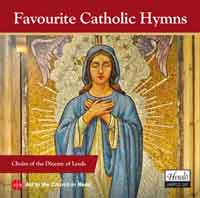 Twenty Six of the most popular Catholic Hymns and Gregorian Chants recorded by all the children’s choirs of the Diocese from Leeds Cathedral, Bradford and Huddersfield.  Also including selections from the Llibre Vermell de Montserrat and featuring organ, bells and drums.

“Essential listening: This CD is testament to what can be achieved when proper investment is made in music and given support from the top. Many who mourn the demise and disintegration of music infrastructures over the past 30 years or so will gain inspiration from – and possibly envy at – what there is here. Congratulations to all involved.” Church Music Quarterly RSCM 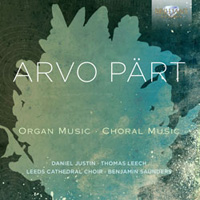 “This highly impressive disc features a selection of Pärt’s choral music and his complete output for organ. What makes the recording special is the full-throated sound of the choir, featuring both boy and girl trebles, captured in the spacious acoustics of Leeds Cathedral itself.'” Gramophone Magazine

“Leeds Cathedral Choir under Benjamin Saunders share in the benefits of a successful new interpretation with the calm and contemplation that this withdrawn, deliberately simple music require. The impressive acoustics of the late-Gothic church gives the recordings a reverent, ceremonial shine. This combination makes the album particularly attractive, that places Pärt’s deep spirituality at the heart of the matter.” Artistxite 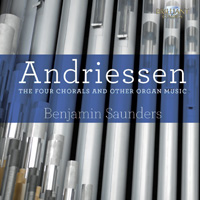 “He gives the music life and is absolutely essential listening, and performs its technical requirements effortlessly.” Journal für die Orgel

“An extremely sensitive ear for the different aesthetics of the music.” NMZ Neuen Musikzeitung 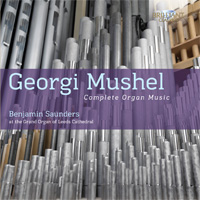 I’m in love immediately and spontaneously in the peculiar music of choice-Uzbeks. Saunders is an excellent performer… he possesses that rare gift of a personal and individual touch in organ music.” Rainer Aschemeier, The Listener

“You will be richly rewarded by delving into this fine musical survey. Saunders’s playing is warmly persuasive. A highly recommended introduction to a neglected composer.” Rupert Gough, Choir and Organ Magazine 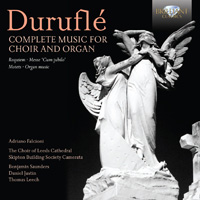 “This is such a successful and inherently excellent idea that one is surprised that no French company has thought of it before.” The Organ Magazine 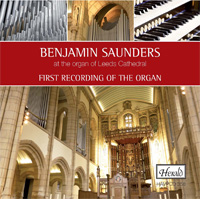 “Kushnariov achieves an intensity of feeling which is matched by the performer in this interpretation.” Cathedral Music Magazine 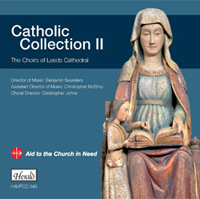 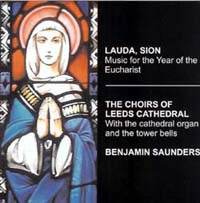 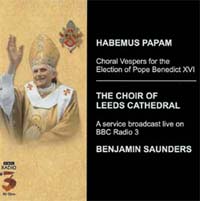 A special disc of Choral Vespers released to commemorate the election of Pope Benedict XVI broadcast live on BBC Radio 3. 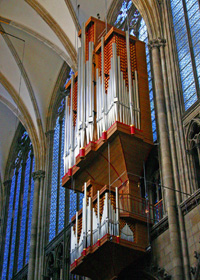 The nave and transept organs in Europe’s largest Gothic cathedral are both playable from a single console. 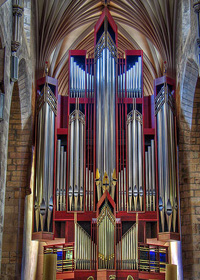 The instrument with its distinctive case of Austrian oak designed by Douglas Laird stands in the south transept. 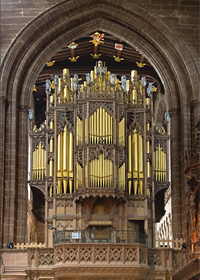 The organ has been remodeled many times by a variety of English builders. The main case is by Gilbert Scott.